I will tell you all straight off the bat: I never expected this to happen.

Once Upon a One Night Mistake (previously titled Once Upon a One Night Stand) was just a silly little story I started writing for fun—and escape—at 14 in 2007 on a website called FictionPress. It was my first foray into writing original fiction on the internet, an exercise in creativity for a teenager who really never thought she’d go anywhere with writing.

But more than 60 million reads later, that silly little story has changed the trajectory of my entire life. It would be funny to go back in time and tell 14 year old Simone, “Hey, you know that story you’re writing right now just for kicks? Yeah, it’s going to be the start of your entire writing career. Surprise!”

When I sold The Fairytale Series (Once Upon a One Night Mistake, Arabian Nights, Dryland, and Roses & Thorns) to Radish Fiction in 2019, I never thought this would be a step along that journey. I always thought this series would only exist in its little, sheltered corners of the internet, but Radish decided its reach was going to go further than that. It’s both exciting and terrifying, simply for the fact that I never intended this story to have any sort of reach, and now it’s going to be available for a much wider audience. Cool? Very. But also a little scary!

Again, this is a book I wrote as a young teenager. It has been lightly edited a few times since then, yes, but its plot, its characters, and its essence have never changed. It is a marker for who I was as a writer at that age. And I will say, it no longer represents me as a writer and storyteller today, but it’s where I started. I think that’s important to acknowledge.

As many of you know, OUAONM has been continued on Radish and is currently in its 13th season there. This published book is Season 1, aka the original Once Upon a One Night Mistake that I wrote years ago. Currently, only the ebook is available, but hopefully we’ll have physical copies in the future!

Here are all the links where you can buy a copy:

Or you can use this link to see all the places it’s available! And of course, OUAONM will always be available on Radish.

Thanks for joining me on this journey, and you’ll be seeing Arabian Nights, Dryland, and Roses & Thorns published too in the near future.

How many people here can claim that they got their publisher (temporarily) banned from advertising on Facebook? Anyone? No?

Let me start by saying it was an absolute accident. I didn’t mean it, I swear! But as it turns out, a lot of advertising companies and sites don’t like promoting anything that they believe to be “mature content.” And with a title like Once Upon a One Night Stand, I can see why they’d think my book was mature and want to pump the brakes. The thing is though, that book is Young Adult and non-mature—yes, there are mentions and discussions of sex and sexuality, but all mature scenes are fade-to-black and no acts are discussed in detail. Thus, making it a non-mature story.

But…not all advertisers see it that way—which is why I and the team at Radish decided it was time to change the title to something a little less, well, provocative.

Let me start by saying that its original title was just the first thing that popped into my mind when I needed a title for a story that was a Cinderella retelling with a one-night stand thrown in there. So why not Once Upon a One Night Stand? It combined both of those things and, hey, it made me laugh! What more could teenage Simone want? I still think it’s a fun title that really encompasses the story, but if changing it to something that didn’t include the words “one night stand” in it means that I can reach a wider audience and more readers, I’m more than happy to change it!

Which is why today we’re rolling out the new title…

END_OF_DOCUMENT_TOKEN_TO_BE_REPLACED

Back in January 2020, I removed one of my most popular stories from Wattpad. That story was called All That is Gold. I wrote a post about why I was removing it, but the gist of it was this: it no longer made me happy to have it posted online. So I took it down.

And then, one day, I realized I was ready to go back to it. The bad taste had finally left my mouth and I was ready to tackle that project again. I missed the story and those characters—a lot.

So here we are: All That is Gold will be coming to Radish on May 1st, 2021! Keep reading for all the details about its return!

END_OF_DOCUMENT_TOKEN_TO_BE_REPLACED

If you’ve been keeping up with this blog, my work on Wattpad, or my work on Radish, you probably know that I decided to continue the first book in the Fairytale Series, Once Upon a One Night Stand.

As of today, there are over two-hundred (yes, I said 200) new chapters of OUAONS. Wild, right? When I said I wanted to fill in all the blanks of the Fairytale Series timeline, I meant all the blanks. There is no stone left unturned!

When I finished Roses & Thorns last year, I felt like the story and the series could be wrapped up there. And to be honest, it can absolutely stand just as it is. But there was that nagging feeling that there was still so much more I could do with Rose and Khalid. Plus, there were a few loose ends that would have been cool to explore.

So when Radish once again came to me and asked if I was interested in continuing Roses & Thorns, my reaction was an automatic absolutely.

END_OF_DOCUMENT_TOKEN_TO_BE_REPLACED 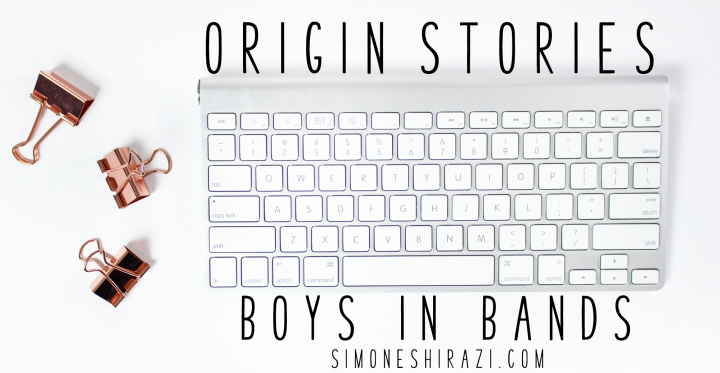 Whew, it’s been a while since my last Origin Stories post! But, to be honest, it’s probably a good idea that I held off on this one for a bit, considering I took this story down from Wattpad for a while. Now that I’m bringing it back (and I’m determined to finally finish it) it seems like the perfect time to write this.

I suggest checking out my previous Origin Stories posts for an idea of what this series is about and for a background on my writing journey so far.

Now, let’s get into Boys in Bands…

END_OF_DOCUMENT_TOKEN_TO_BE_REPLACED

Simone Shirazi is an avid reader and writer from Washington, D.C. She is best known as simonesaidwhat from Wattpad and Radish Fiction where she writes YA and romance. When she’s not reading or writing, she can be found baking cakes, watching makeup tutorials on YouTube, and cuddling with her dogs.